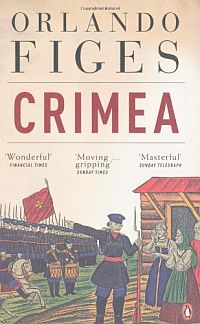 Sprawdź cenę
Orlando Figes
Opis wydawcy
The terrible conflict that dominated the mid 19th century, the Crimean War killed at least 800,000 men and pitted Russia against a formidable coalition of Britain, France and the Ottoman Empire. It was a war for territory, provoked by fear that if the Ottoman Empire were to collapse then Russia could control a huge swathe of land from the Balkans to the Persian Gulf. But it was also a war of religion, driven by a fervent, populist and ever more ferocious belief by the Tsar and his ministers that it was Russia’s task to rule all Orthodox Christians and control the Holy Land.
Orlando Figes’ major new book reimagines this extraordinary war, in which the stakes could not have been higher and which was fought with a terrible mixture of ferocity and incompetence. It was both a recognisably modern conflict – the first to be extensively photographed, the first to employ the telegraph, the first ‘newspaper war’ – and a traditional one, with illiterate soldiers, amateur officers and huge casualties caused by disease. Drawing on a huge range of fascinating sources, Figes also gives the lived experience of the war, from that of the ordinary British soldier in his snow-filled trench, to the haunted, gloomy, narrow figure of Tsar Nicholas himself as he vows to take on the whole world in his hunt for religious salvation.
Teksty w Esensji
Książki – Recenzje