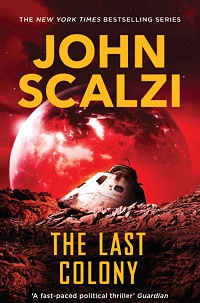 Sprawdź cenę
John Scalzi
Opis wydawcy
THEY MUST SAVE THEMSELVES – OR DIE TRYING
John Perry was living peacefully on one of humanity’s colonies – until he and his wife were offered an opportunity these ex-supersoldiers couldn’t resist. To come out of retirement and lead a new frontier world.
However, once on the planet, they discover they’ve been betrayed. For this colony is a pawn in an interstellar game of war and diplomacy. Humanity’s Colonial Union has pitched itself against a new, seemingly unstoppable alien alliance, dedicated to ending all human colonization.
As this contest rages above, Perry struggles to keep his terrified colonists alive on the surface below – despite dangerous interstellar politics, violence and treachery. And the planet has yet to reveal its own fatal secrets.
Teksty w Esensji
Książki – Recenzje