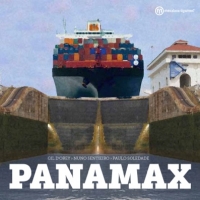 Sprawdź cenę
Opis wydawcy
After 100 years of life the Panama Channel still is one of the most important and impressive engineering achievements of modern times. Built in 1914, it had a very important military usage at the time and in the following years. Commercial usage is nowadays the core business of the Channel. Its economic impact is really immense and it developed the region and also the entire trading shipping world. Ships became of two types after the advent of the Canal: the ones that were too big to traverse it and the standard sized ones, which have the limit of the Panama Canal. These are called PANAMAX ships.
„Panamax” is a worker placement game in which players try to execute better and less expensive actions in order to protect their interests and get more money as a result. Money is the goal of the game as it is, in a modern final analysis the main purpose of the existence of the Canal itself.
In the game players are companies established in the Free Zone of Colon and they will try to find a way to negotiate lots of kinds of goods in order to use the ships that are arriving in both parts of the Canal. Ships are coming from both US costs, China and Europe and they represent an opportunity of making money. If one can deliver containers into a ship this ship should traverse the Channel in the most possible efficient way. Players have ways to get the locks opened and closed, get better contracts and hire the best pilots to make the journey.
„Panamax” is an economic game for gamers, with simple rules and a very interactive way of making movement through the Canal, ship and deliver goods for profits. A volatile market in which players can make investments is also present and a competition for the best ship and the best way to make money.
Utwory powiązane
Gry