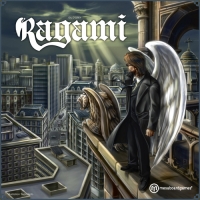 Sprawdź cenę
Opis wydawcy
In all cultures there are mythical characters that protect people and help them to solve their problems. Those characters often take the human form with wings and we call them Guardian Angels or RAGAMI.
In this game, each player will play the role of a RAGAMI, winged human form, that travels around inside a city – the board. In this city, there are always people with problems, with their own internal conflicts, that need your help. There are also holy men and demons that can help or oppose to solving these conflicts.
The objective of the game is to achieve the highest possible number of Virtue Points (VP). There are several ways to get VP, and consequently there are several strategies one can follow to win the game: solve conflicts, cause demons to disappear, help other RAGAMI, to be the RAGAMI who has solved the highest number of conflicts, etc.
Utwory powiązane
Gry