The Cradle & The Crescent 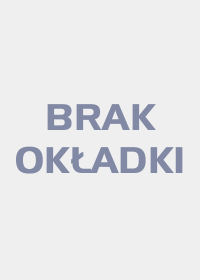 Sprawdź cenę
Opis wydawcy
Travelers tell of lands to the east, beyond the shattered Byzantine Empire and the Crusader kingdoms of Outremer, where sorcerers ride carpets and whirlwinds, where jinn worship and trade openly in the great cities, and where fire is the sign of God.
Those travelers speak the truth.
Take your saga to the east, with details of the Islamic lands of the Mythic Middle East: Arabia, Persia, and the lands beyond. Zoroastrian priests still call on Divine power, although their days of glory are long over, and scholars rejoice in libraries and schools that dwarf the young universities of Europe. Jinn haunt the deserts and mountains, and live and trade in the cities. But this is not a land ready for Hermetic magi to seize, for the Order of Suleiman is no myth, and its sahirs are everywhere.
Were you to tell of these lands for a thousand nights, still you would not exhaust their wonders!
Utwory powiązane
Gry (28)